I believe it is called a "workcation" ..... a little research for a craftsman cottage I am designing back in P.A., and a little glamour time = a very happy and productive designer!  there is nothing like leaving an airport in Newark and arriving in L.A. to the smell of Jasmine in full bloom, palm trees and warm breezes. 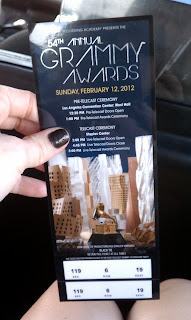 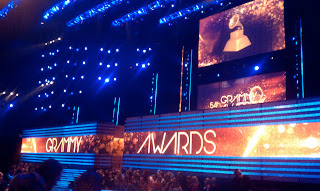 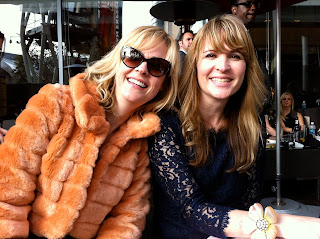 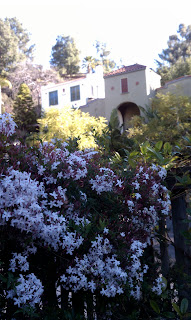 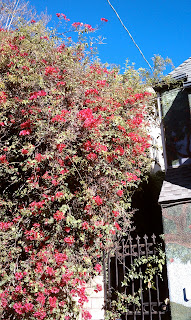 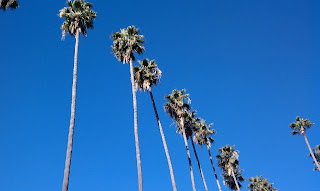 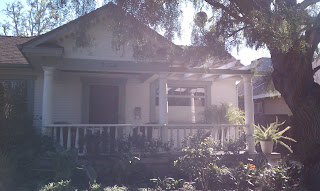 She wears your clothes without asking. She steals your favorite hairbrush. She reads your diary.
But, every once in a while she makes it up to you.
For Bridget Huzar, this is one of those times.
Huzar, an Emmaus-based landscape designer, will be attending the Grammys Show in Los Angeles on Sunday night and it’s all thanks to her sister. Huzar’s sister, Julianne Jordan, is a music composer who creates scores for Hollywood films through her California-based company Music Soup. This year, Jordan, is a member of the Grammy Board.
What that means for Jordan is that she gets to cast a vote in the Grammy decision-making process for her music-industry peers. What that means for Huzar is that she gets to be in the audience at the 54th Grammys Show, which will air Sunday at 8 p.m. on CBS.
This is not the first time that Huzar, who has been a landscape designer for 20-plus years, has gotten a chance to experience Hollywood, compliments of her sister. She says the coolest peek she’s gotten into the Hollywood scene was when she was able to attend the Los Angeles premiere of Garry Marshall’s “Valentine’s Day.”
“My sister did the music for that movie,” says Huzar, “and it was just so amazing to go to the premiere. Garry Marsall is such an icon and it had such a big cast. Ashton Kutcher. Anne Hathaway. It was in a huge pink tent and there was Godiva chocolate everywhere.”
Huzar’s trip to California won’t be all play. She will work in a little landscape design consulting while she’s away too. “I will go to some houses, take a look at the property and advise the owners on what they could do with the space,” Huzar says.
“I won’t do the actual design, I will just use my design sense to offer ideas, like a patio would work well here, or a walkway. The soil and the climate is so different, I wouldn’t do the actual design because if I did the design I would want to oversee the installation.”
Her Pennsylvania landscape design business had been very busy before Huzar left for California on Thursday morning. “It’s been busier than ever,” she said, “and I attribute that to the weather. The work I am doing now is normal for April. I am not complaining. One effect of the warm weather is that people are outside and thinking about outside now.”
Hopefully Huzar, who’s due back on the East Coast on Monday, hasn’t been watching the Weather Channel.
Posted by Bridget Kelley at 7:50 AM No comments:

So Excited----Headed to the Grammys today!!!
As usual, when I am out in L.A. there will be
some consultations peppered in with some parties.
Pictures of green gardens and red carpets to follow!!
Posted by Bridget Kelley at 3:55 AM No comments: